A Tough Conversation By Cary Silverstein

The ability to drive and own a car is a form of independence that is coveted by older adults. Removing this independence is a sensitive topic and needs to be raised prior to the time the children feel that their parent or parents no longer can drive safely. You can’t wait for an accident or major traffic violation to take action. Sadly, it is up to the adult children of senior citizens to prevent such tragedies.

My father-in-law refused to give up his license. Prior to his surrendering his license, my wife and I followed him home from a restaurant and watched him drift over the center line as he made a left turn. We also witnessed him drive through stop signs. These clues provided the information we needed to initiate the “giving-up-the-keys” discussion.

When the discussion started, my father-in-law’s retorted: “I can still drive safely” and “I know what I can do, and you need to mind your own business.” Both responses were defensive and contradicted the observations and the facts. We responded, “Dad, we love you and we are concerned about your safety and Mom’s. You should consider getting a driver to take you to your appointments, and we will drive you to dinners.”

One strategy is to request that the senior drives only during the day. This could be the first step to surrendering the license. Another strategy is to have someone else in the family, someone they are more likely to listen to, speak with them. In my case, my eldest nephew sat down with his grandparents and convinced them to use a driver. That began the process.

When my father-in-law had an accident and his wife said she would not ride with him any longer, he finally stopped driving and surrendered the keys. Prior to giving up his keys, we learned he purchased a replacement vehicle before the family saw the damage to the previous one. To say he was resistant to surrendering his license would be an understatement. Ultimately, my wife’s parents hired caregivers for household chores and these individuals became the designated drivers and used the family vehicle to transport them.

A move to assisted living or a senior facility may also provide an opportunity to have the car keys conversation, especially if the facility provides transportation to doctor appointments, local entertainment, and shopping. I have been encouraging my friends whose parents are in their eighties and nineties to start the conversation, but it might be too late. Best outcomes result from conversations held long before the surrender of the driver’s license becomes necessary due to ill health, an accident, or family finances.

To learn how to handle other conflicts like this and get over your “NegotiaPhobia,” SeniorMoves.org recommends the new book:

Overcoming Your NegotiaPhobia is available on Amazon by clicking HERE.

@ParentProjects may not hold the copyright over all the content on this page. An original work has been edited into and converted to video for the purpose of awareness. @ParentProjects does not profit from this content and at any time the original creator may feel concern with the potrayal, can reach us by email at media@parentprojects.com to develop a solution. 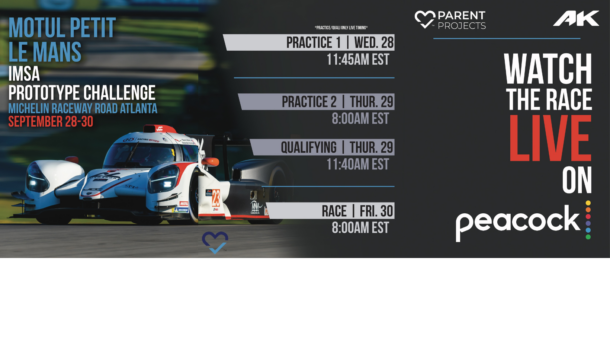 Join us in praying for and watching Alexander this season on Peacock.

Sign up below to get the latest updates on our mission to WIN at IMSA!

You have Successfully Subscribed!